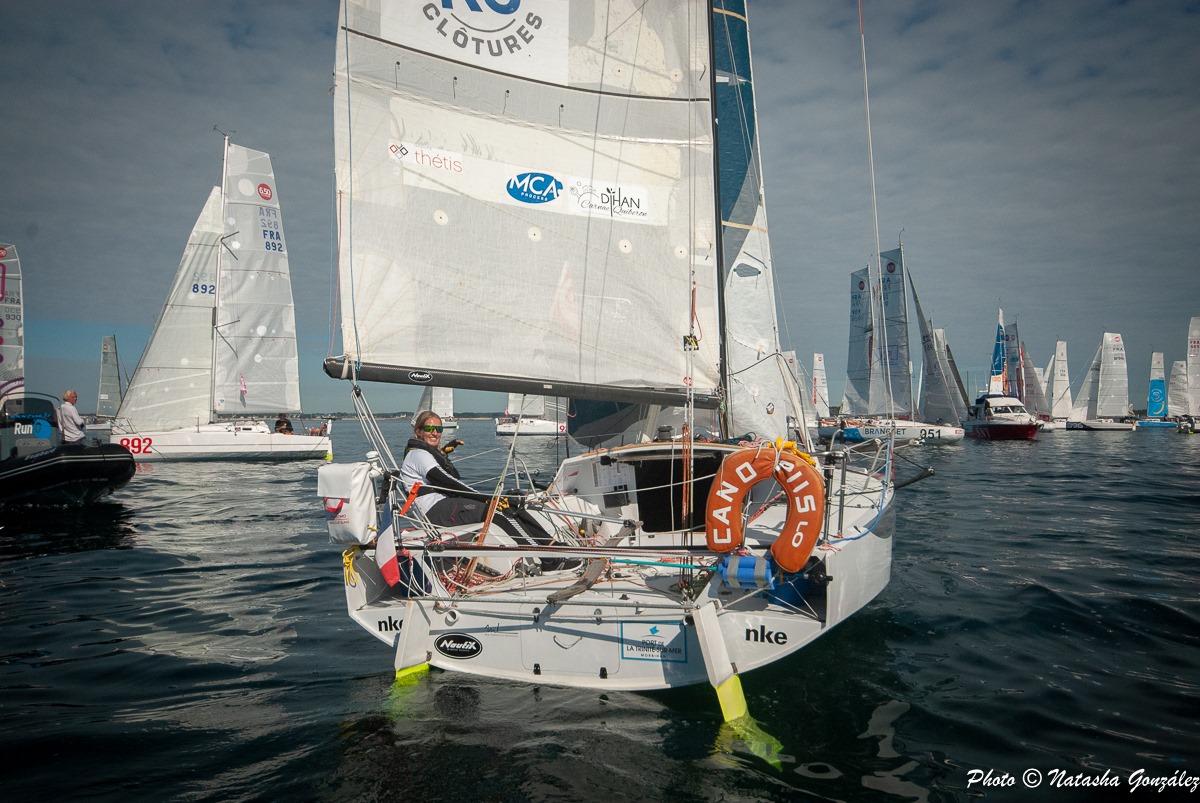 Yachts of the Classe MINI are real small "rockets", capable of covering space distances in comparison with their size. The length is only 6.5 meters, and what courage is needed!
There is an association Class MINI that provides certain rules for the construction and equipment on boats. We talked about Box rules in a previous post. There is also an official racing calendar with a cycle of two years. The pinnacle for the class is the Mini Transat race.

Yes! On such a little boat alone across the Atlantic Ocean.

The main idea of the class is amateur sports of a very high level and this sport is undoubtedly a high achievement. The emphasis is placed primarily on a person's ability to work with sails, independently analyze the observed weather, and conduct laying with a minimum amount of technical devices.

Most of the official races are solo, including the Mini Transat race. However, there are competitions in which there are two people on each yacht - double-hands.

Chart plotters and any equipment capable of analysing the forecast and automatically recommending courses are prohibited in any race of the class. Even a non-working computer or tablet is prohibited on board. Therefore, all preparations in terms of navigation must be made ashore, before the start. For each race, I (Irina Gracheva) prepare a big road book that contains the route of the race, screenshots of dangerous places, pre-calculated limiting courses, lists of coordinates of important points, current maps, tide tables, pre-calculated weather routing and much more.

WITHOUT COMMUNICATION TO LAND

Direct communication with the land is prohibited, including through satellite phones. The idea is that during the race none of the skippers can receive additional information that is not available to other participants. However, each yacht must be equipped with a VHF radio station that allows communication with ships within its range. Also, each yacht must have on board a shortwave radio (SSB), working only for reception. During the Mini Transat race, once a day on this radio, the organizers will broadcast the simplest weather forecast by voice. In addition, each yacht is equipped with a satellite tracker, thanks to which fans can follow the position and progress of their skipper.